Our first morning in New York and Rosemary decided the view from the window was better than putting the TV on.

After unpacking a bit more we headed out to get some breakfast and after asking at the front desk were recommended John’s Coffee Shop, which was just a short walk from the hotel.

I’d prebooked some of our trips during our stay and this morning was the first one with a visit to the One World Observatory at the top of the Freedom Tower. To get there we took the short walk to 42nd Street and headed to Grand Central Station to get the subway. There is a short link from there to Times Square which proved really handy for us as it just goes between the two.

And we then got the subway for the first time heading downtown.

Don’t recall now which station we got the subway to but we had a short walk through the back streets to the Freedom Tower and got our first sight of it on the way. For something so large you’d think it would be hard to miss but it was hidden behind the tall buildings.

We had an entry time booked and we were allowed up the tower, ears popping on the way.

The views from the observatory were pretty amazing even though the weather wasn’t ideal with some low cloud and a little bit of rain.

The glassfloor is a bit of a cheat as it’s actually TV screens (as there isn’t a part which overhangs) but still makes you feel super dizzy and gives the sensation of vertigo.

After a couple of hours the weather started to turn and the clouds rolled in along with the rain. So we decided to head out and get some lunch. We went down the lift and into the Occulus, which is the shopping centre located underneath the tower. It’s a pretty amazing place in it’s own right.

We had some sushi and then a Starbucks while deciding what to do for the afternoon. As the weather wasn’t so great and there was actually a little bit of snow falling we decided to go the Natural History Museum.

There was a massive queue to get in as clearly a lot of other people had the same idea as we did, but eventually we got in and headed to see the dinosaurs (along with everyone else). It is one of the most impressive collections though.

We spent a good few hours in the museum before wanting to get some food. Just time to see some more skeletons.

We took the subway to Times Square, where we could link up to the shuttle to Grand Central station, but got out to get some food.

This isn’t a Disney adventure but it is a big trip, and certainly an adventure.

So, about 9 months previously I booked a surprise trip for Julia’s birthday. Neither she nor Rosemary knew where we were going to but had convinced themselves that we were going to Disneyland Paris.

So we arrived at Heathrow in the very early morning, packed for weather similar to the UK in February (their only clue) and got the bus from the long term parking.

I had already checked in online so just needed to print luggage tags, which I went off and did myself before dropping the luggage and we went and got some breakfast and then headed to the gate.

And it was there that the secret was finally revealed that we were going to New York and we boarded what was a much longer flight than they thought they would have.

We had a nice smooth flight and after 7 hours (or so) we could see the coast and then the skyline of Manhattan.

I’d prebooked a airport drop off in Manhattan at our hotel and we picked that up and headed off through Queens and Brooklyn and eventually across the river.

Our driver unfortunately thought we were going to a different hotel and drove us all round, at least we got a free tour, before eventually we got to our hotel, the One UN just by the United Nations.

Our room was a long way up the tower and looking into the island so we had an amazing view.

But it had been a long day and an early start, and it had taken much longer to get from the airport than I had thought. So we just decided to grab something to eat (a burger from Five Guys) and head to bed so we could get an early start tomorrow. 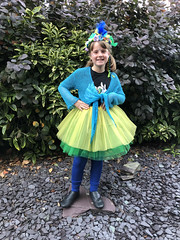 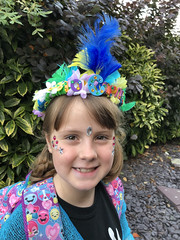 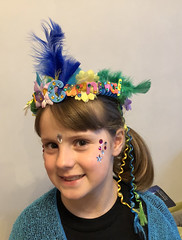 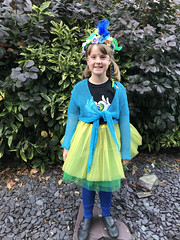 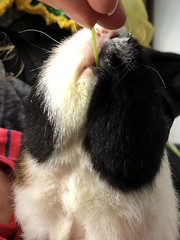 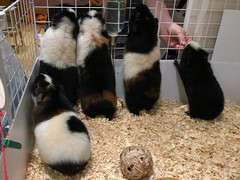 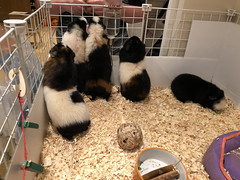 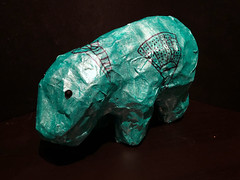 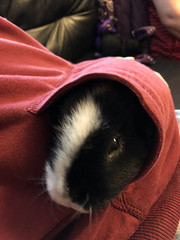 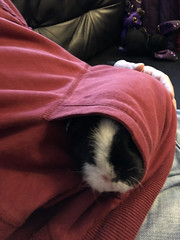