Back to Magic Kingdom today, and Christmas Eve already.

The weather today was amazing with bright blue skies and very warm.  So different to experience weather like this so close to Christmas when we would normally have grey skies and probably rain in the UK. So we definitely were going to make the most of it. Plan was to stay all day and see the fireworks at the end of the day, so we didn’t rush down to the park.  We were a little concerned about how busy it would be but it actually wasn’t too bad at all considering it was Christmas Eve.

On the way in we grabbed some more photos in front of the tree, making the most of that free Photopass.

We had a little browse through the shops on Main Street.  And found a giant rice crispie cake to add to our “Never Eat Anything Bigger Than Your Head” series.

We had Fastpasses sorted during the day but first we went into Country Bear’s Jamboree.  An attraction we’d never been to before.  Sorry no pictures (they didn’t come out well).  But after that we used our first Fastpass for the Jungle Cruise.  For Christmas everything is rethemed as the Jingle Cruise and the puns are absolutely as terrible as usual.

Afterwards we were in the Adventureland area and decided to visit the Tiki Room and watch that.  Didn’t want to exhaust ourselves as we were planning to stay late, and it was a good chance to sit down in the cool. Think we might have been our first time actually going into the show.

After that we used our second Fastpass to meet some Princesses.  Elena and Cinderella this time.

We had lunch reservations but had a bit of time before that and could hear something going on around the castle.  We went to investigate and it was a dance party.  So we stopped to watch and Rosemary joined in a little bit.

What was good was the different characters in the parade, including those from Zootropolis.

By this time we could go for our lunch reservation at Jungle Cruise Canteen.

This was a new restaurant from our last visit (I think) and although the food was OK it wasn’t that impressive and thought it was a little pricey for what it was.  Was nice though and a good experience.  Just not sure I’d worry about it again.

When we had finished with lunch we tried to catch the Christmas parade but were a little stuck on the Adventureland side with a lot of people in between.  So it was a bit further away than would have been ideal, but we did still get to see Santa before he goes off on his busy night.

Our next Fastpass was for Pirates of the Caribbean, so we headed back into Adventureland.  Stopping on the way to visit the Robinson’s Treehouse.  Rosemary was a bit unimpressed.  No ride features or animatronics.

And then onto Pirates!  No photos from the ride as it was so dark. Great ride and that drop at the start still catches me out.

We then had some time to wander around the park and do some browsing in the shops.  The rides were pretty busy but honestly we weren’t that worried and it was just a good opportunity to see the park at night.  We thought the castle looked amazing all lit up at night.

But when all the lights came on it was even more amazing.

We weren’t feeling that hungry but wanted a snack so headed to Gaston’s, which was really quiet.  We got warm cinnamon rolls and coffee.  And the coffee is still the worst ever.

The cinnamon rolls aren’t quite as big as your head but are pretty big.

Gaston’s looked really good at night.  We’ve not spent that much time at the parks after dark because Rosemary would get tired and we’d head back.  So it was really good to see things.

We bumped into one of the Photopass photographers by the Little Mermaid ride and got this great photo.

We checked out the store at Storybook Circus and Rosemary had a short play in the water bit there.

Julia really wanted to see the Hall of President’s (again something we have never done) and it would give us a little break while we sat down.  Photography and video isn’t allowed in the hall and so just this picture from the lobby with the Seal of the United States. Interesting show, although some of the animatronics were a bit creepy.

By this time it was nearly the start of the fireworks show so we headed back towards the castle.  The position we ended up in wasn’t ideal but we still got a great view.  The light show on the castle is great and the fireworks were excellent.

By this time it was getting really late so we headed out of the park (along with pretty much everyone else) to head back to the hotel.  We had a busy day the following day so wanted to get as much sleep as we could.

Back at the hotel it was just time to hang up things ready for Santa.

What a lovely way to spend Christmas Eve! 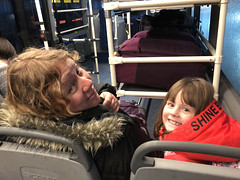 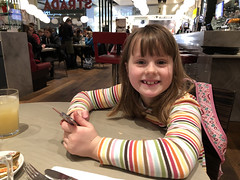 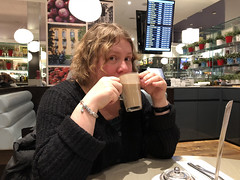 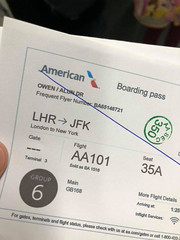 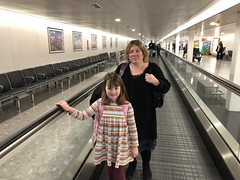 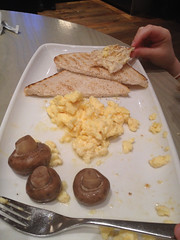 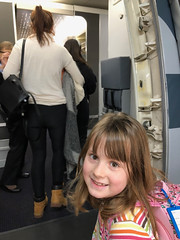 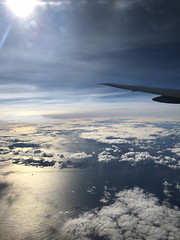 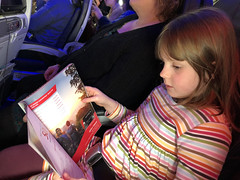 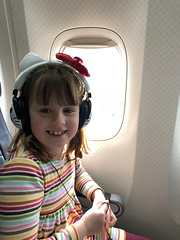